This cemetery was made by the 23rd Brigade, Royal Garrison Artillery, on 26 and 27 October 1918. It contained originally 111 graves, mainly of officers and men of the 38th (Welsh) and 33rd Divisions, and the 6th Dorsets, but after the Armistice it was increased when graves were brought in from the battlefields west, north and east of Montay, and from certain small cemeteries. There are now 470 Commonwealth burials and commemorations of the First World War in this cemetery. 61 of the burials are unidentified but there is a special memorial to one casualty believed to be buried among them. All fell in the period October or November 1918. There is also a plot of 27 German graves within the cemetery. The cemetery was designed by Charles Holden. 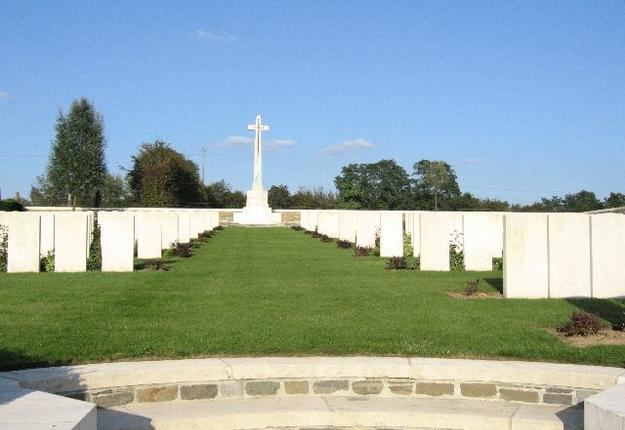 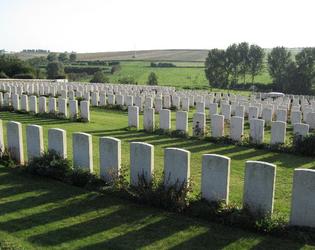